In honour of Global Handwashing Day, a workshop on “Life-Saving Behaviour for Health Professionals” was held at Guido Valadares National Hospital in Dili on 11 October.

Attended by more than 50 healthcare workers and media, the event was an opportunity to reiterate the importance of handwashing with soap to prevent illness and even death.

Diarrheal disease is the second highest contributor of child deaths in Timor-Leste and is directly linked to inadequate water, sanitation and hygiene. Handwashing with soap can reduce diarrhea rates in children under five by almost 50% and respiratory infections by nearly 25%.

Debbie Wong, Acting Counsellor Human Development at the Australian Embassy, encouraged doctors, nurses and midwives to become champions of change in their profession. She also asked that they advocate for improved water and sanitation in healthcare facilities across the country.

A positive outcome from the event was the involvement of the private sector, with Unilever donating liquid pump soaps to the hospital and soap bars to mothers in the maternity ward. 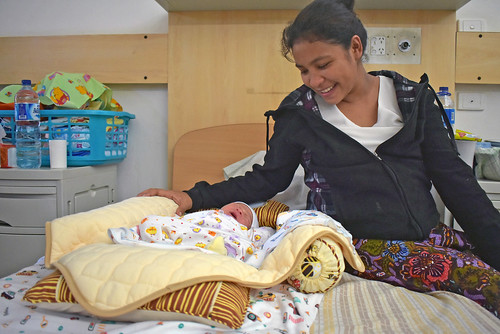